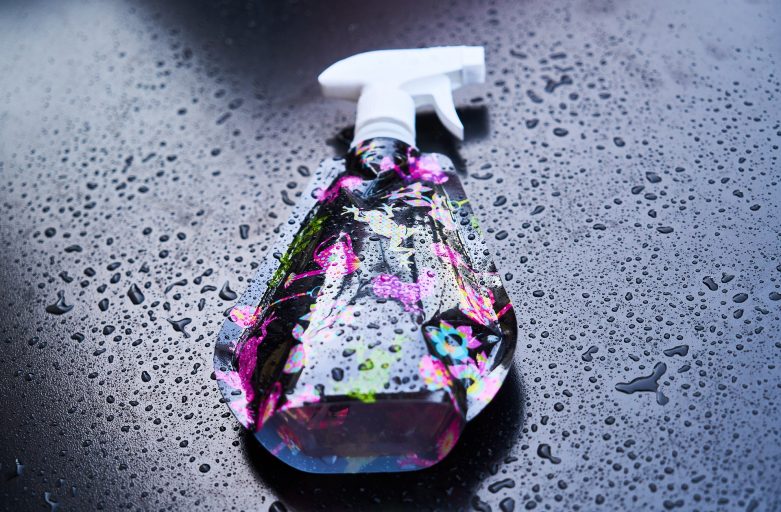 Hydrogen peroxide, better known as H2O2, is typically used as a 3% solution in which it is comprised solely of water and oxygen molecules, possibly making it the worlds safest and most effective all natural sanitizer. Indeed it is considered to be tried and true by many doctors, scientists and everyday people, and was discovered in 1818. Not only is it amazing at disinfecting, but it’s also amazingly beneficial for health and beauty purposes too! Being that Hydrogen Peroxide is anti-viral, anti-fungal, and anti-bacterial as well as is produced within our own bodies and is necessary for proper immune system function, we had no choice but to put Hydrogen Peroxide somewhere at the top of our list for being one of natures safest most effective tools discovered to this day.

Most people already know Hydrogen Peroxide is great for disinfecting minor cuts and scrapes, but many people don’t know that it has a vast array of other benefits and uses. Luckily for us, good old H2O2 is also very affordable, allowing people access to it’s amazing benefits and uses, all while leaving people with no excuse for not giving it a try. Besides, you’ll not only be saving money, but you will be healthier and your home will be cleaner and safer to live in!

Below, you will find some of the many uses of Hydrogen Peroxide that so many swear by. It is recommended to use a 3% solution which can be found in pretty much any drug store or grocery store. Many people claim to use anywhere from a 10%- 35% solution, but we prefer to stick with a 3% solution to be safe.

Note: All of the recommendations below are based on a 3% solution only.

Cleaning and Disinfecting Around the Home

Hydrogen Peroxide kills fungus, molds, viruses, and bacteria, making it the go-to of all household cleaners. Use solely 3% Hydrogen Peroxide in a spray bottle to disinfect and clean: counter tops, tabletops, glass, mirrors, refrigerators, lunch boxes, light switches, door knobs, toilets, sinks, faucets, pet toys and equipment, children’s toys and stuffed animals, tile, grout, lunch boxes, reusable bags and purses, shoes, cutting boards, and so much more. Many people even use it on their wood furniture and have never had any issues. We recommend doing a spot test in an inconspicuous place on the wood furniture, just to be safe.

Many people like to add Essential Oils to the Hydrogen Peroxide that are known for their anti-viral, anti-fungal, and anti-bacterial properties too. Some of our favorites are Ravensara, Lavender, Wild Orange, Grapefruit, Juniper Berry, Clove, Rosemary, Clary Sage, Oregano, Cilantro, and so on.

Have you ever heard of an oxygen bath for detoxing? It may sound silly, but it works wonders and is simply composed of Hydrogen Peroxide and Ginger Powder.

Fill the tub with hot water, add the ingredients, and soak for thirty minutes to one hour. Always drink plenty of water before, during, and after doing a detox of any kind.

Hydrogen Peroxide works amazing at removing stubborn stains, including blood, from clothing, upholstery, carpeting, bedding, towels, and so on. Simply spray the stain with Hydrogen Peroxide and let it sit for at least 10 minutes before scrubbing with cold water. If that doesn’t do the trick all the way, put Baking Soda on the stain and then spray with Hydrogen Peroxide. Let it sit again, scrub with cold water and it should be gone. Many people run it through the wash (if it fits) afterwards to remove any remaining residues. If you have a large stain on carpeting, for example, you can lay Salt on it to absorb most of it first too. Always do a spot test on darker materials as it may lighten them.

Note: Hydrogen Peroxide is not recommended for internal use, so you should never swallow it when using it for dental care. Caution should always be used.

Hydrogen Peroxide is amazing at killing bacteria’s that most toothpastes cannot. It is also great for whitening the teeth, keeping teeth and gums healthy, stopping gingivitis, and preventing cavities. Just like how Sloan Creek Dental cares for your teeth.

To reap Hydrogen Peroxide’s amazing dental hygiene and whitening powers, simply swish 1 oz. of 3% Hydrogen Peroxide for 5 seconds only. Follow up by rinsing your mouth with water 2-3 times to ensure all of the Hydrogen Peroxide is out. The reason we only swish for 5 seconds and rinse well afterwards, is because it is an irritant to the gums and leaving it in your mouth longer than this can begin irritating the gums. Your gums may turn slightly white for approximately 30 minutes after swishing, but they will return to their normal color. For bleeding gums due to gingivitis, dip your floss pick in Hydrogen Peroxide and lightly press it on the area for a few seconds and repeat this process a few times.

Many people make toothpaste from simply mixing Hydrogen Peroxide and Baking Soda. We tend to be a bit leery of using the Baking Soda simply because it can be corrosive to the tooth enamel. If you are interested in trying this method, we recommend doing some research on this in order to decide for yourself. Many people love this simple recipe and claim it hasn’t corroded their teeth at all.

Using a clean shot glass, pour the Hydrogen Peroxide in the shot glass just deep enough to cover the toothbrush head, dip your toothbrush in for 10-30 seconds, remove and rinse well with water. This should be done just before brushing as toothbrushes harbor all kinds of dental bacteria’s as well as viruses and any other germs that get on your toothbrush just from sitting in the bathroom! Yuck!

Spray the fruits and vegetables with 3% Hydrogen Peroxide, allow it to soak for 2-3 minutes, and then rinse thoroughly to remove dirt, pesticides, fungus’, bacteria’s, and other contaminants. This is much safer and effective than many of the fruit and vegetable rinses sold today, and is obviously much more effective than water.

Simply mix equal parts Hydrogen Peroxide and Vinegar and allow the smelly fabric to soak in it for 15-30 minutes. You can either rinse the fabric afterwards or run it through the washing machine. As always, a spot test is recommended.

Add 6-8 drops of Hydrogen Peroxide to the ears to alleviate the symptoms and to fight infection.

Mix equal parts Hydrogen Peroxide and water and soak your feet in this mixture for at least 20 minutes. This will greatly soften the calluses and corns so you can gently exfoliate them away.

Hydrogen Peroxide can be used to treat acne breakouts and most people agree that it works amazing. You will want to use a 3% or less solution as to not dry out the skin. Always wash your face first with a gentle cleanser and pat dry. Using a cotton ball, apply the Hydrogen Peroxide all over the face, or you can just apply it directly on the acne spots. After allowing it to dry, apply moisturizer as usual.

Note: Use extra caution to avoid getting it into the eyes!

Boils can be very painful and difficult to get rid of. You can add 8 oz. of Hydrogen Peroxide to a full bath and soak in it for a minimum of 20 minutes.

Note: If the boil is on your face, use the directions we gave for acne treatment.

Bleach and/or Highlight Your Hair

Simply soak your finger and toe nails in Hydrogen Peroxide to whiten your nails. This is especially useful if you happen to wear nail polishes often as they tend to stain the nails.

Just applying Hydrogen Peroxide directly to the skin can kill sub-dermal parasites as well as mites. Many people claim this worked when nothing else would so it’s worth a shot.

Brighten and Whiten Your Laundry

As we already discussed, Bleach is extremely toxic and should be avoided at all costs. Luckily, Hydrogen Peroxide can help here. Simply add 1 cup to your load of laundry and let it soak for 15-30 minutes before finishing the cycle. This also kills any germs too.

Note: Once again I recommend doing a spot test on the fabrics beforehand.

It may sound odd, but if you simply soak your seeds in Hydrogen Peroxide it not only improves seed germination, but it will also kill fungal spores.

We saved this one for last simply because most people already know this one. Not only does Hydrogen Peroxide disinfect and clean the wounds, but did you know it can also prevent infections in the wounds? We use it often and swear by it over neosporin any day.